When I was six years old, my family packed up our house into an Allied moving truck in Sawyer, MI and traveled 322 miles south on I-75 to Florence, KY. I wept like a baby.

In Michigan, I lived in a child’s paradise. We lived close to Lake Michigan just across the lake from Chicago. It was the 80s, and I couldn’t dream of a better childhood. Summers playing baseball, riding bikes and collecting baseball cards. Falls making mountains of leaf piles to bury ourselves in. Winters getting dumped on with snow from the lake affect – sledding down hills and making igloos. And Spring, to gear up for all of it again. It was paradise.

So, when we came to Kentucky, I didn’t know what to think. I thought it was the South, (which it kind of is).  There was a weird “Florence Y’all” on the water tower. Everybody went nuts for UK Basketball, and I was a fan of Michigan – Go Blue.

But, we were here. My Dad was a pilot with Delta Airlines, and he had transferred to the Cincinnati base, which became a major hub for the airline in the 90s and early 2000s.

So, here I was in Kentucky. Time to get used to it. Yealey Elementary here I come.

Yealey was a fantastic school. Home of the Bobcats. And while that first year in 2nd grade was full of tears of homesickness for my Michigan home and friends, I quickly began to make new friends. Turns out, children like to play just as much in Florence as they did in Sawyer.

Summers became involved in Boone County Knothole Baseball, and this quickly became a passion of mine. I couldn’t get enough of Baseball. Our practices were at Lincoln Park by Yealey, or Ockerman Middle School, the Complex and the later built Central Park. I loved it.

A few weeks ago, my parents dropped off several bins of my childhood that had been stashed away in their attic for the past 20 years. Among report cards, yearbooks, homework assignments and even all of my old hats were a bunch of trophies bringing me back to those glorious years playing Knothole. 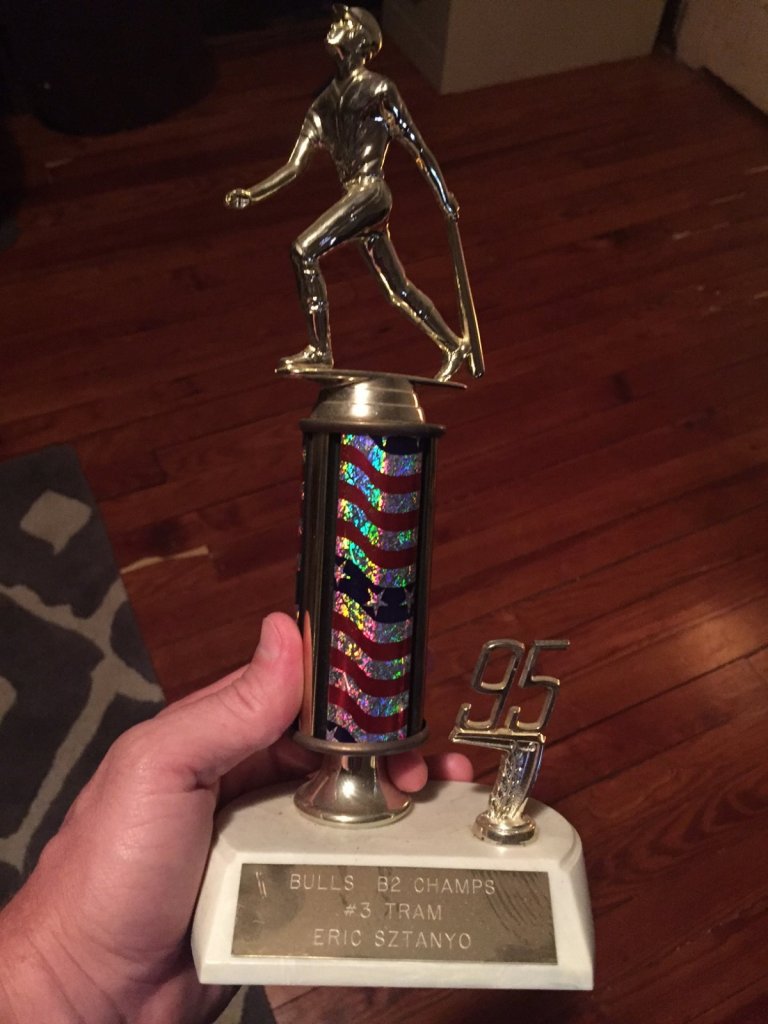 Playing shortstop and batting third for the Bulls (formerly Bank of Boone County Bulls) … those were the days! I’ll never forget this summer in particular because my Dad was the coach, and our team had an undefeated season, 13-0. Those are fantastic memories.

Growing up in Florence off of Pleasant Valley Road was an excellent childhood. Yealey flew by and I found myself at Ockerman Middle School – head over heels for the girl down the street and having no idea what to do about. 🙂 I remember all of the nerves I had trying out for the basketball team. Then, I remember all of the frustration I had riding the bench. Ha ha. I remember summer nights and attending the Boone County Fair off of Wilder

Being a year behind most of my classmates made middle school a bit challenging, but soon, it was on to Boone County High School. High school came with high expectations for me. Both of my brothers had just attended Boone for four years and graduated. I spent all of Fall Friday nights at the football field watching Shaun Alexander run circles around every team in KY.

High school was a blast. Each year got better. I have fantastic memories of my friends, playing baseball, being involved in Young Life, going to summer camps, being active at First Church of Christ (both the old building on US 42 and then the new building on Camp Ernst road). I played golf in high school (because I wanted to get on the good side of the baseball coach, who was also the golf coach.) 🙂 And, I played baseball. I got in a car wreck in Oakbrook the night of my first varsity game. Baseball, it seems, wasn’t in the cards.

I still remember so many of those days and nights – so many good memories.

After graduating high school, I went to college in Nashville. Another story for another time, and it was a good experience. But, it wasn’t home.

This week, my family had a reunion, and we went back to Idlewild Road and the Boone County Fair. My parents, 2 brothers and their families and 10 grandkids. Rides, cotton candy, and horse shows. It was amazing! 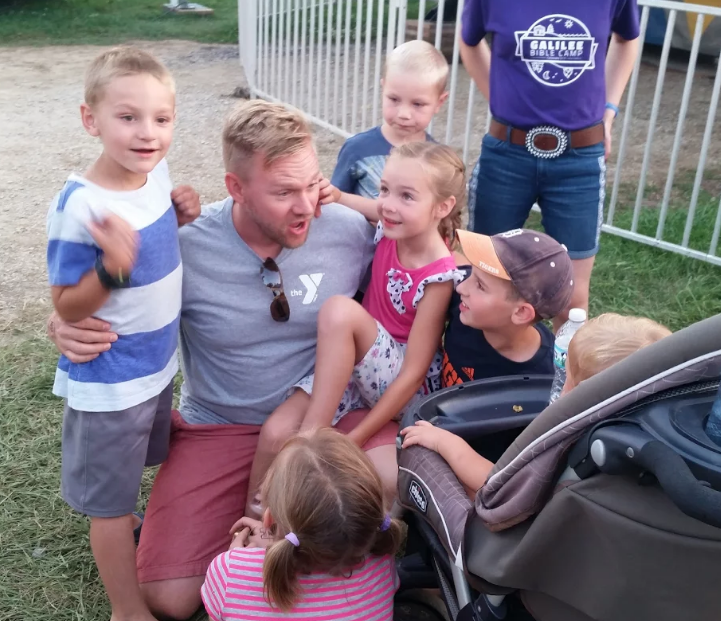 Tomorrow, my oldest son starts 2nd grade at Moyer Elementary. Funny how time repeats itself. Now, he gets to experience how great it is living in Northern Kentucky – just like I did.

I couldn’t be happier raising my family in Northern Kentucky, owning a business in the community, and helping others in the area when they have a need to sell their house.

“I Would Recommend Eric For This Process”

“I met with Eric, and I automatically TRUSTED him …

I had met with several other people, and I just had a really good feeling with Eric. I would definitely recommend working with Eric!”

“You had good reviews and history and that all came out to be true.”

“Everything went as planned.” 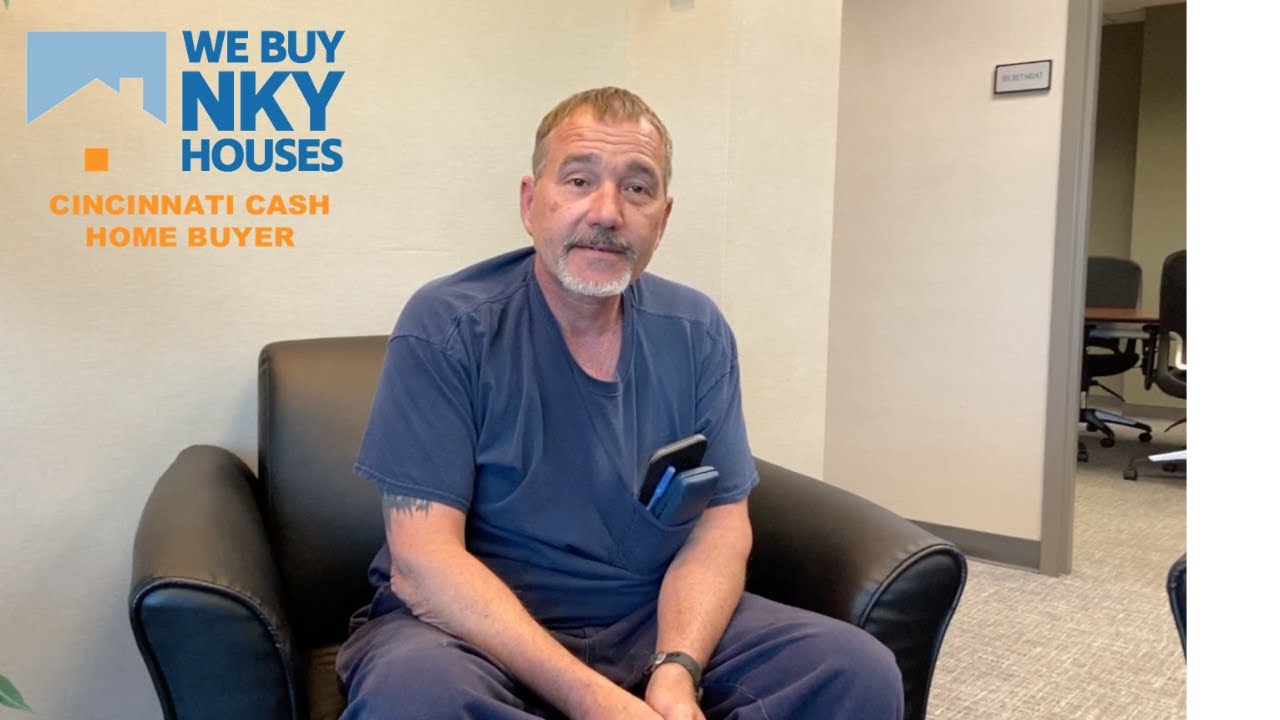 “When you see “we buy houses” the first thing you think is that they are going to rob me blind. But Eric was a real person and there was no bullcrap about it. And I got the offer I wanted!”

“Eric HELPED us through the process and SAVED us, and I would recommend him any day of the week!”